Aurelio Pezzimenti is the inventor of the world’s first microtunnelling system using vacuum power as the means to transport the spoil from the cutting chamber to the surface. With Aurelio’s invention, the Trenchless Technology technique of microtunnelling was introduced into Australia in the late 1980s. 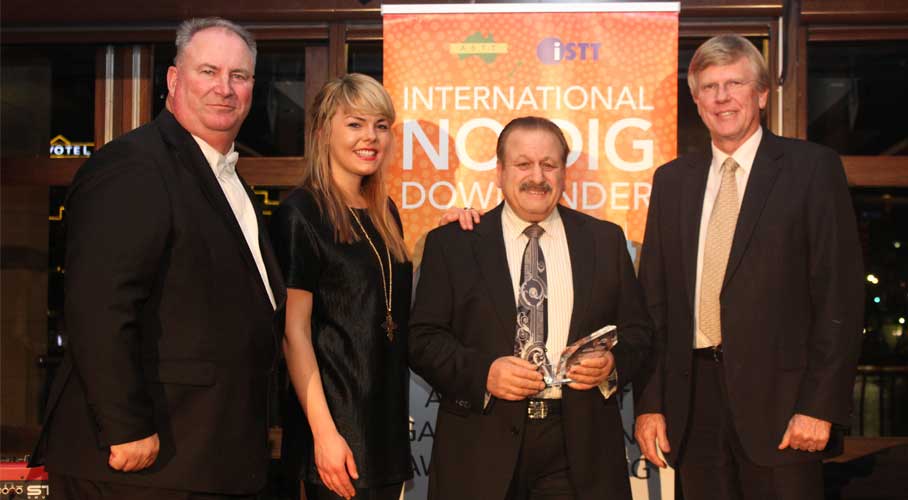 Design and Fabrication of World First.

Designed and fabricated in Ringwood, Melbourne, and operating throughout Australia, Aurelio Pezzimenti invented and built a truly remarkable system – here in Australia for Australian conditions. During the 1970s and 1980s, Aurelio was one of three brothers who managed and co-directed G .Pezzimenti and Sons, a company founded by their father, Giuseppe, in the late 1950s.

The company focused on first time sewer installation in and around Melbourne. Sewer lines were installed by auger driven systems, which were limited in accuracy and maximum length.

A New Concept in Microtunneling

In the mid-1980s as the need for longer and more accurate bores became apparent, Aurelio put it to his brothers, Frank and Gilbert, for consideration the idea of a completely new concept in boring. Unsure if the concept would work, Pezzimenti Laserbore was founded. Experimenting with various head designs, rod configurations and vacuum power systems the whole concept began to come together. The first systems developed were in the diameter range from 375-600 mm diameter and were able to microtunnel through the clays and sedimentary rock found around the eastern parts of Melbourne.

Aurelio headed a small but highly dedicated team to refine the system. Aurelio did the design work for all components and oversighted all aspects of fabrication through to commissioning. Peter Westerhoff, mechanic and boilermaker, focused on the heavy welding and cutter assembly. Albert Iacopino managed overall assembly, hydraulics and cabling and Nick Bernardi operated the system on site. This small team, backed by the rest of the company, rapidly refined the myriad of details required to put together an accurate, rapid and reliable microtunnelling system.

Feedback between operation, design and fabrication in the small team was instantaneous. Peter, Albert and Nick are still with the company a story in itself of the loyalty of the workers Aurelio has drawn to himself. 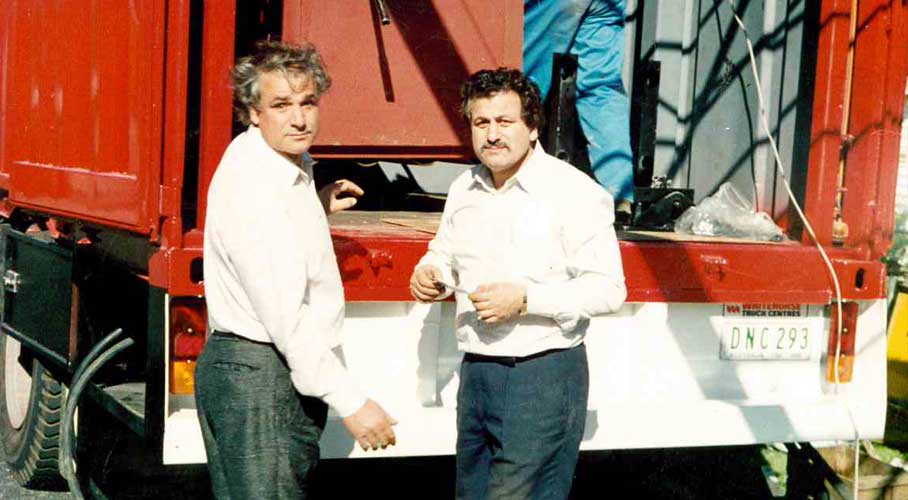 Above: Aurelio Pezzimenti (right) and his brother Gilbert Pezzimenti in front of Pezzimenti Laserbore Gantry Truck in the early 80’s 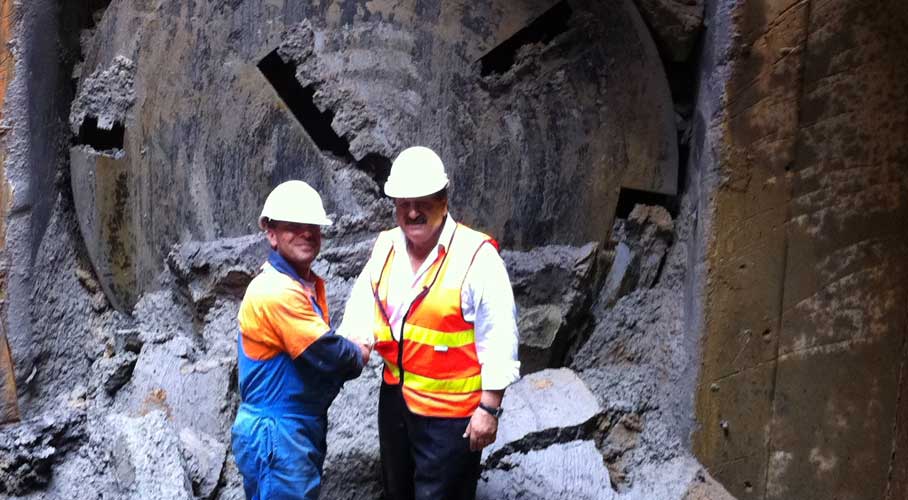 With the success of the system in the late 1980s, Aurelio began to look at the international scene and soon discovered that the construction industry had embraced the need for Trenchless Technology with No-Dig conferences and the formation of the ISTT.

The same drivers which were at work in Australia were also driving the rest of the world to develop trenchless techniques. Pezzimenti Laserbore became a founding corporate member of the ASTT and continues to support the work of the ASTT. Exposure to the international scene confirmed in Aurelio’s mind that the market had a permanent need for such technologies and encouraged him to continue the development into longer distances, harder rock and larger diameters.

Presently, Aurelio has expanded the capability of the system by continual improvements so that diameters up to 3 m in material as hard as basalt can be tunnelled. He continues to dream new dreams, conceive better and faster ways of doing things and is still very active on the workshop floor. Aurelio’s ideas and microtunnelling systems have been copied by numerous others both here in Australia and overseas, a testament to the brilliance of the original concept.

Born in Italy, raised in Australia, and gifted with a creative and rapid mind, a sense of self-belief and the courage to pursue his vision, Aurelio Pezzimenti is a true pioneer of Trenchless Technology in Australia. His contribution has been foundational, and enduring.