Since the 1980’s Pezzimenti have been broadening microtunnelling capability: to microtunnel further at flatter and flatter grades in a greater range of ground conditions and using an increasing variety of pipe types as they enter the market place.

During September 2015 Pezzimenti worked on and completed 3 significant  pipejacking projects  simultaneously. They all had higher risk factors for microtunnelling: each was long distance in soft ground at very flat grades but each one had a different jacked outer casing pipe. Watched the video below to see a breakdown of the projects and Pezzimenti Tunnelbores Pipejacking Capability in general.

What are the elements of a Higher Risk Microtunnelling Project?

One of the more high risk projects is to Pipejack in:

The Axial jacking load on all 3 Pipejacking projects was very low, only 20 tonne.

This means the load on the pipes was only 12 -30% of the maximum allowable axial jacking loads, despite the long distances achieved.

The first project was at Riverstone in north west Sydney where Pezzimenti was awarded the microtunnelling contract by Comdain. The North West Growth Centre is a staged development primarily for residential use. The sewer carriers are often required to pass through land with high natural and Aboriginal significance. Microtunnelling under these sections was chosen by the designers to preserve these areas.

The design required the “pipe in a pipe” microtunnel bore section. The longest drive was pipejacking a 600mm diameter steel casing for a distance of 192m at 1.0% grade in saturated sandy-clays and gravels Jason and his crew completed the pipe jacking in 8 days. The max jacking load was 22 tonne. After the steel casing was installed, a 450mm diameter GRP pipe was sliplined into the steel casing and the annular space grouted. 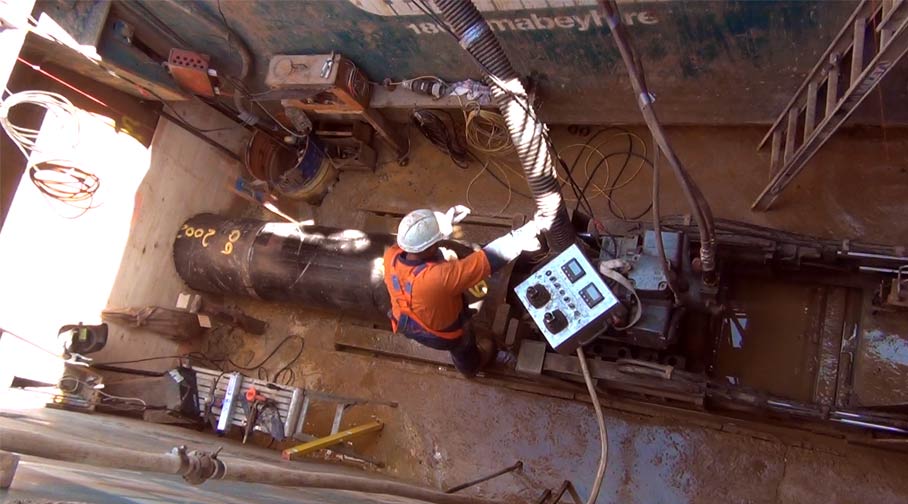 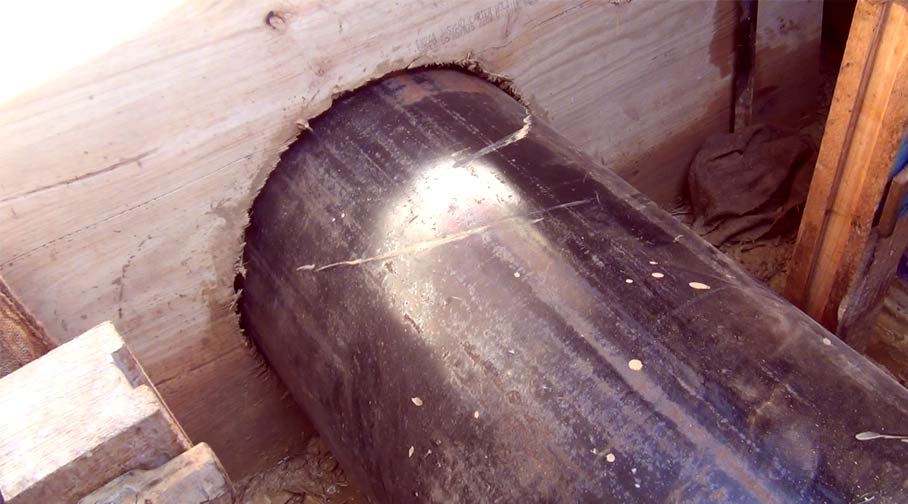 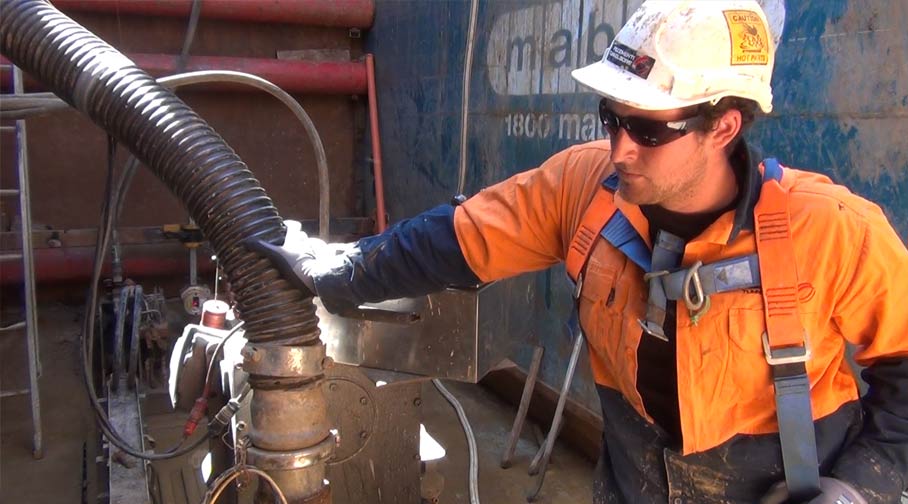 The second project was at St Clair. Ropes Creek is a significant waterway with a large catchment area in western Sydney and hence is the location of major sewer carriers conveying sewage to St Mary’s treatment works. A major industrial development in Horsley Park required the installation of a 2km long sewer carrier, part of which was installed in the environmentally sensitive flood plain of Ropes Creek. Approx 1100m was microtunnelled.

The design called for a ‘close fit’ bore section using a GRP Jacking Pipe, which ranged in diameter from 375 to 525 mm diameter. The lengths pipe jacked varied from 40m to 180m in the soft saturated sandy-clays and gravels at grades as flat as 0.200%. The GRP jacking pipes were manufactured in Adelaide by RCP. Paul and his crew recorded a maximum jacking load of only 21 tonne on the GRP jacking pipes significantly under the maximum allowable jacking load of the pipes of 68 tonne. One major under crossing was the Warragamba Dam to Prospect Reservoir pipeline. The pipeline was successfully under bored with zero settlement. 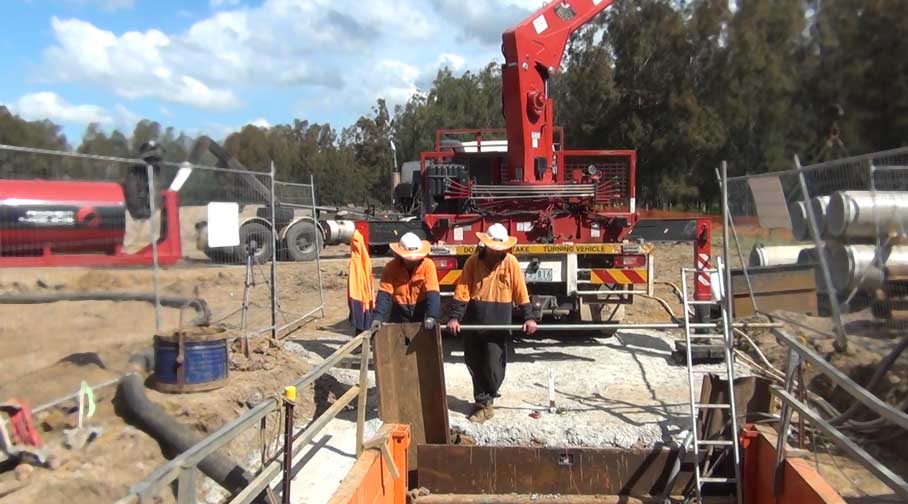 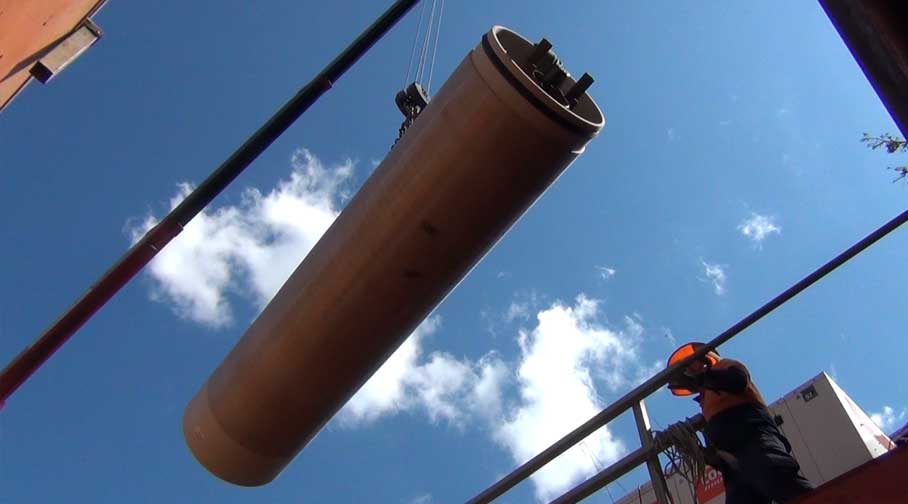 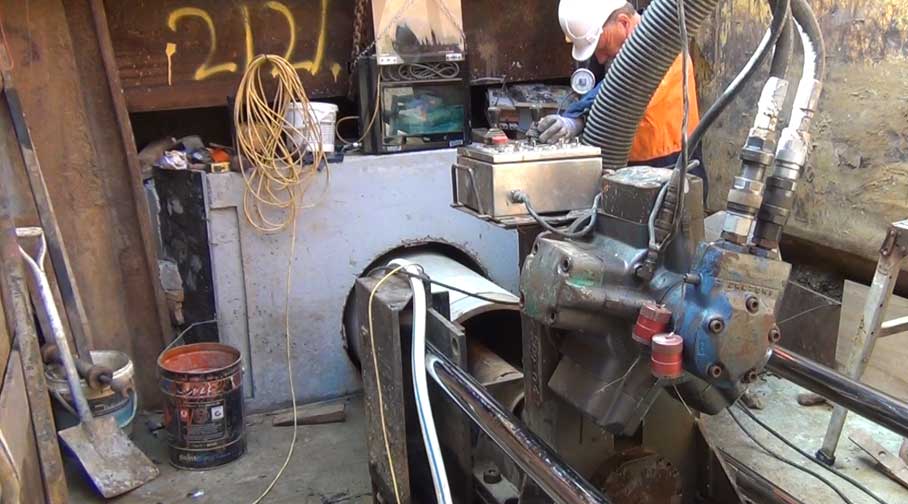 The third project was at Minchinbury in western Sydney. Upstream development required Sydney Water to extend an existing 450mm diameter sewer carrier under Sydney’s main western arterial M4 Freeway. The designe crossed the M4 diagonally which enabled the route to also cross under a main High Voltage transmission corridor. The design called for 675mm internal diameter reinforced concrete jacking pipe to house a 450 Polypropylene pipe. Pezzimenti was awarded the microtunnelling work by Abergeldie, the head contractor. One advantage of the Pezzimenti system is its ability to use jacking pipes which do not have to have watertight joints. Some microtunnelling systems require water tight joints and hence require a more expensive jacking pipe type.

Luke and his crew completed the 207m long drive which is now the longest Pipejacking drive completed by Pezzimenti. The grade was 0.4% through saturated sandy-gravels and sandy-clays, and was completed in 3 weeks. The maximum axial jacking load on the concrete jacking pipes was a very low 19 tonnes. 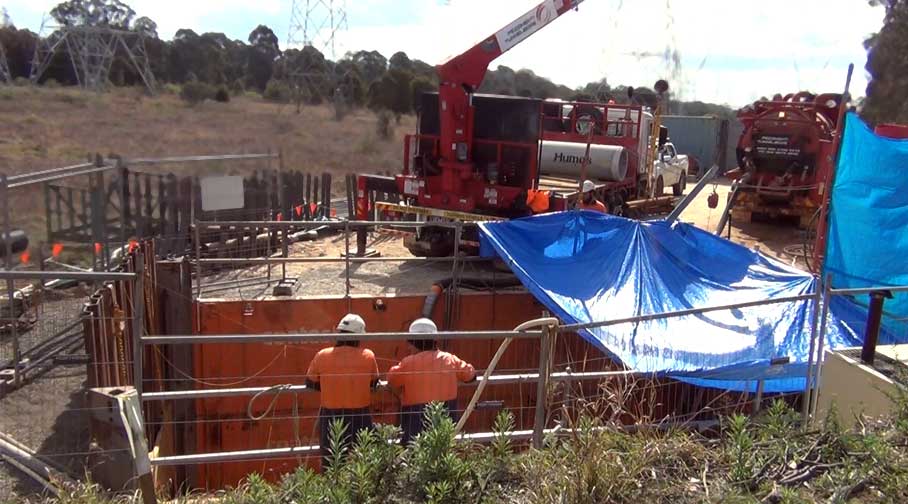 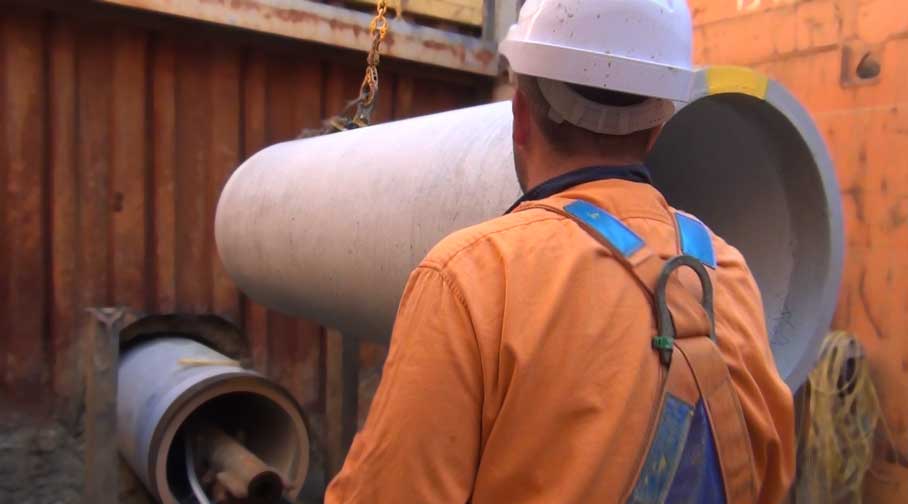 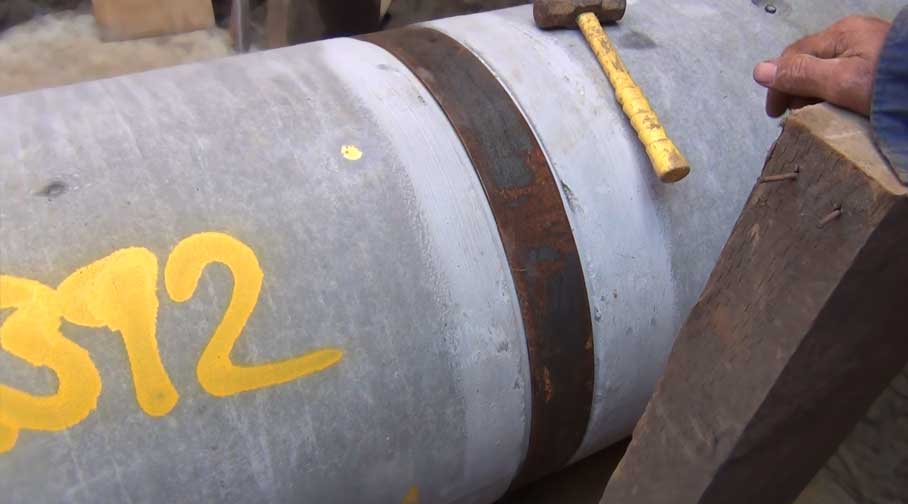