Pezzimenti Tunnelbore complete a 440m Intercept bore in Emerald Hills, the longest microtunnel at 530mm diameter in Australia. In this video, Scott Wells from Pezzimenti Tunnelbore teams up with David O’connor from Sydney Water and Paul Ferguson from Zinfra to discuss this milestone project.  Watch the Video Below.

David O’Connor, Senior Project Manager, Sydney Water. “To build a manhole in the middle of a busy road like jamboree avenue, 13m deep, will have a large cost impact to Sydney Water. Zinfra proposed the intercept bore with Pezzimenti and eliminated that need to build that manhole which ultimately saved the construction costs as well as a lot of risk associated with the community and a lot of time on the project as well.”

Paul Ferguson, Bid Manager for Zinfra: “Two of the potential problems with this project was the 440m design bore as well as the 1% design grade required. This could potentially cause problems down the track for operations and maintenance. To overcome this we proposed to upsize the bore. We demonstrated how we could service this asset down the line. The geo-the was completed and in this instance the ground conditions were very favourable for what we were proposing.

Scott Wells, Construction Manager, Pezzimenti Tunnelbore: “Previously Pezzimenti had done around the 350 – 360m mark, so obviously 440m was uncharted territory for us. We decided to stop the first bore at 260m. We then went downstream and ultimately connected up 180m the other way giving us a 440m long bore. ” 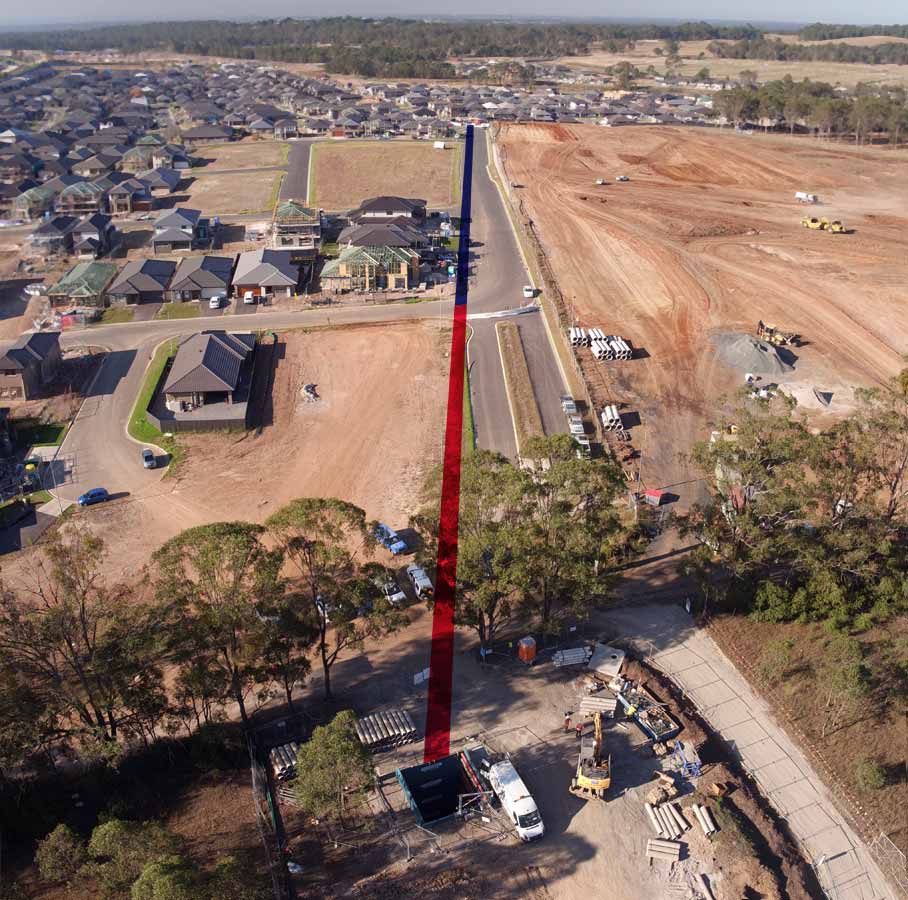 David: “At all phases during the development we engaged with our operations and maintenance staff to make sure that we are delivering a product that they can work with for the next 50 years. It will ultimately service about 7,500 people which equates to about 2,500 dwellings”

Scott: We believe this is the longest microtunnel performed in Australia at this diameter. It achieved a couple of personal goals with Pezzimenti, being the longest intercept bore we have ever done at 440m plus our longest ever single drive with a freebore at 260m. 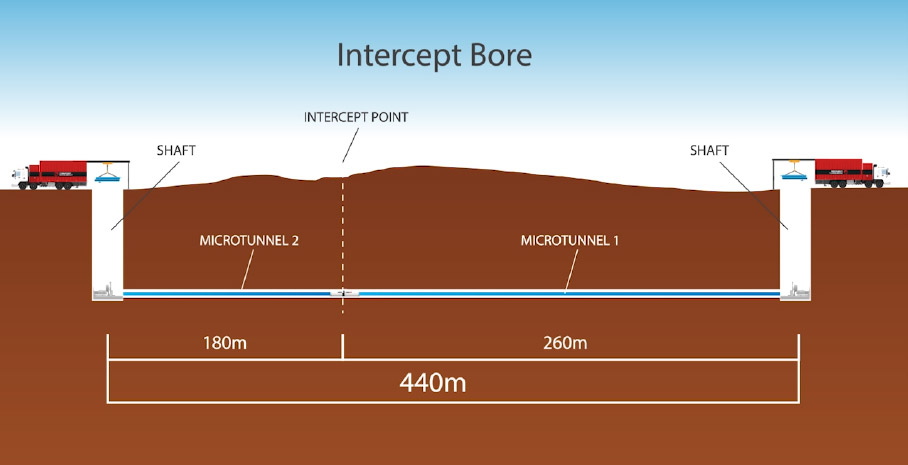 David: “Everybody did their job very well on this project and from Sydney Waters perspective it was a success and it is something that we will look at a lot more in the future on the next project.”

Paul: “We set out at the start of this tender process to get the best value for money solution for Sydney Water and at the end of it we have no doubt that we have achieved it.”