Following a successful crossing of the rail at Penrith Railway Station earlier in the year, Trenchless advisor designed a similar crossing to completed for the Mt Druitt ULX crossing. Rightline Infrastructure was the client.

As the microtunnel was below a rail line, the outer casing had to be pipe jacked and could not be steel. Thus a 600 GRP jacking pipe was nominated as the casing. This allowed for a smaller diameter microtunnel to be used and effectively meant a quicker bore and less spoil.

Being a rail bore, the work had to be performed during a rail shutdown weekend – normal hours 3am Saturday morning to 5pm Sunday evening. Pezzimenti tunnelbore were allowed to get established prior to the shutdown and bore up to the rail fence line. We had two crews ready to work around the clock to complete the bore.

The bore was completed by the first shift by 5pm Saturday afternoon leaving the second night crew to pull out the head from the opposite side and retract the rods back through the GRP jacking pipe.

A Track Protection Officer was vigilant and checking track condition at regular intervals during micro tunnelling operation. There was zero track settlement.

Pezzimenti tunnelbore received praise from both the client and Endeavour Energy who were quite nervous about the work being completed in time. 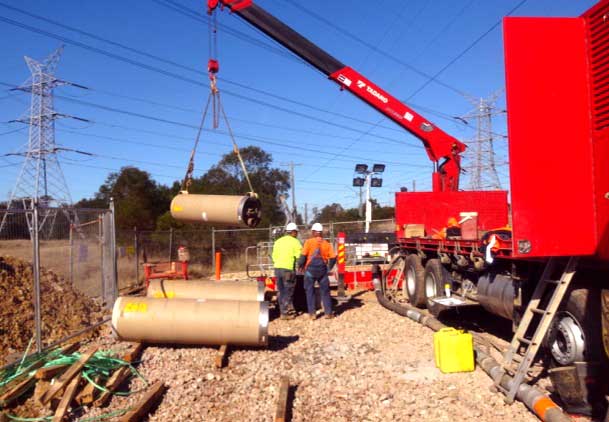 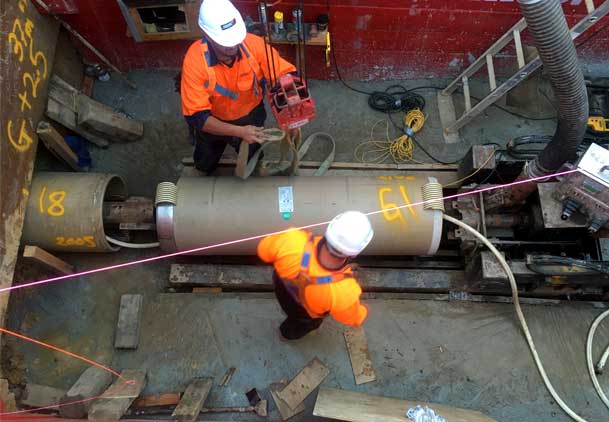 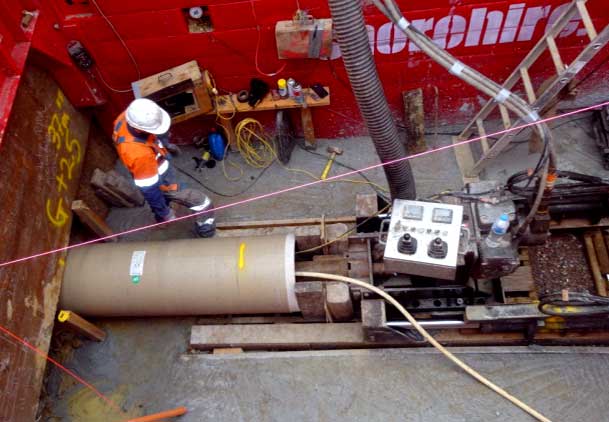 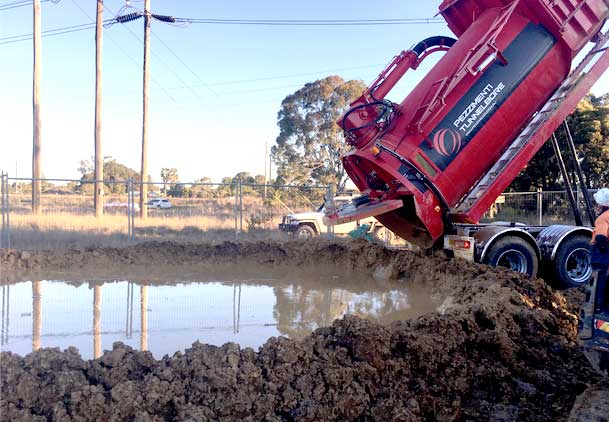 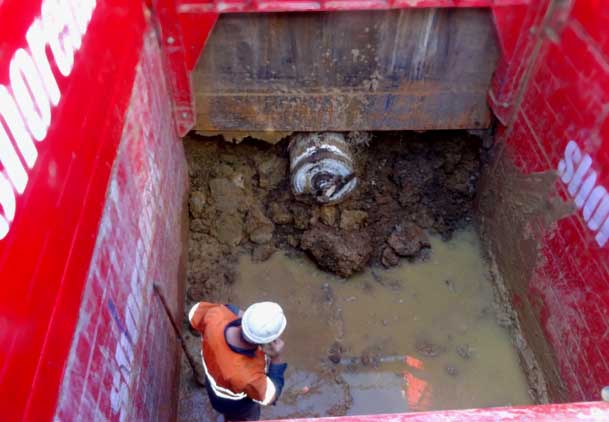 Drill head successfully break through at the exit pit 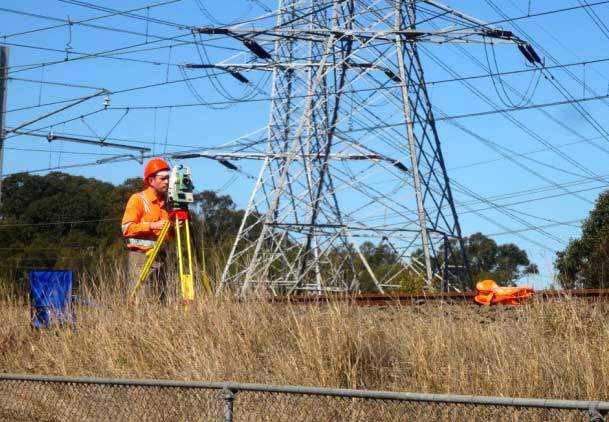 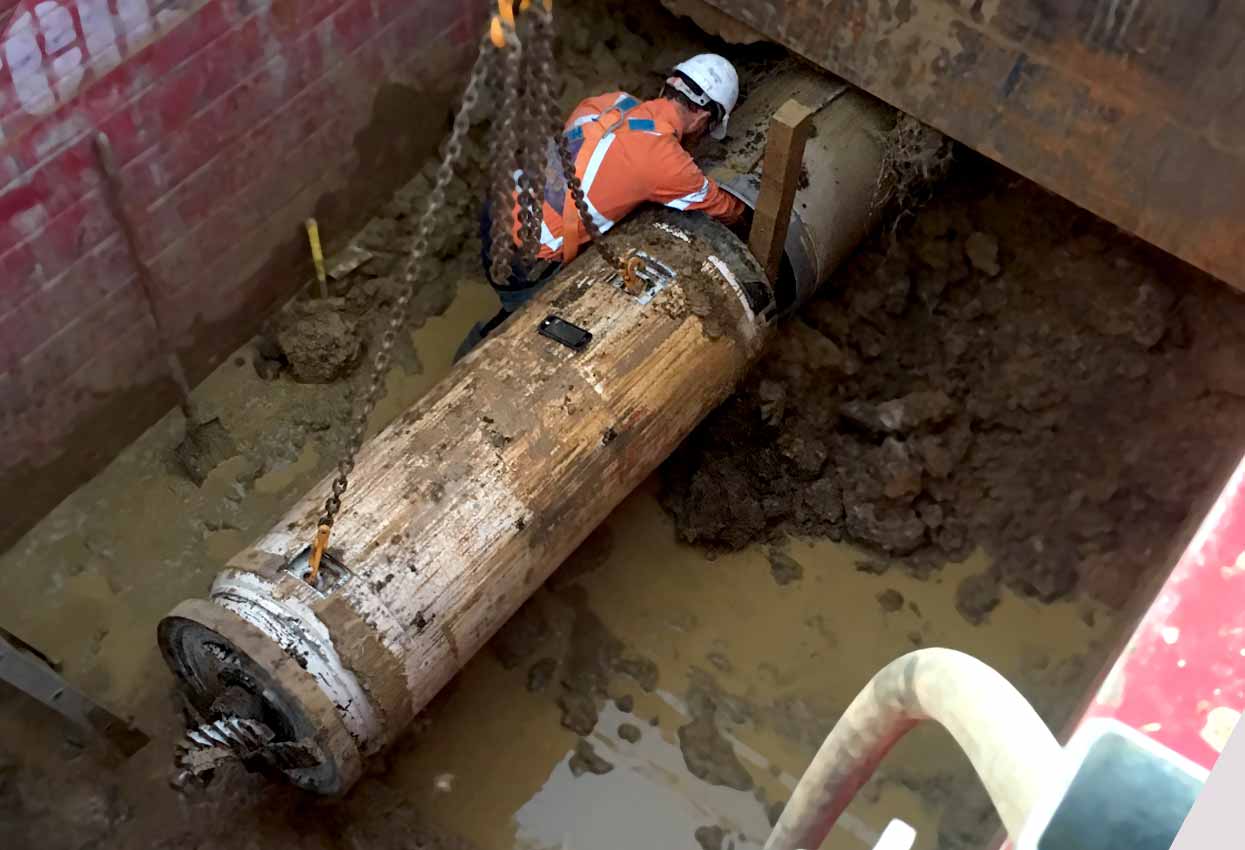 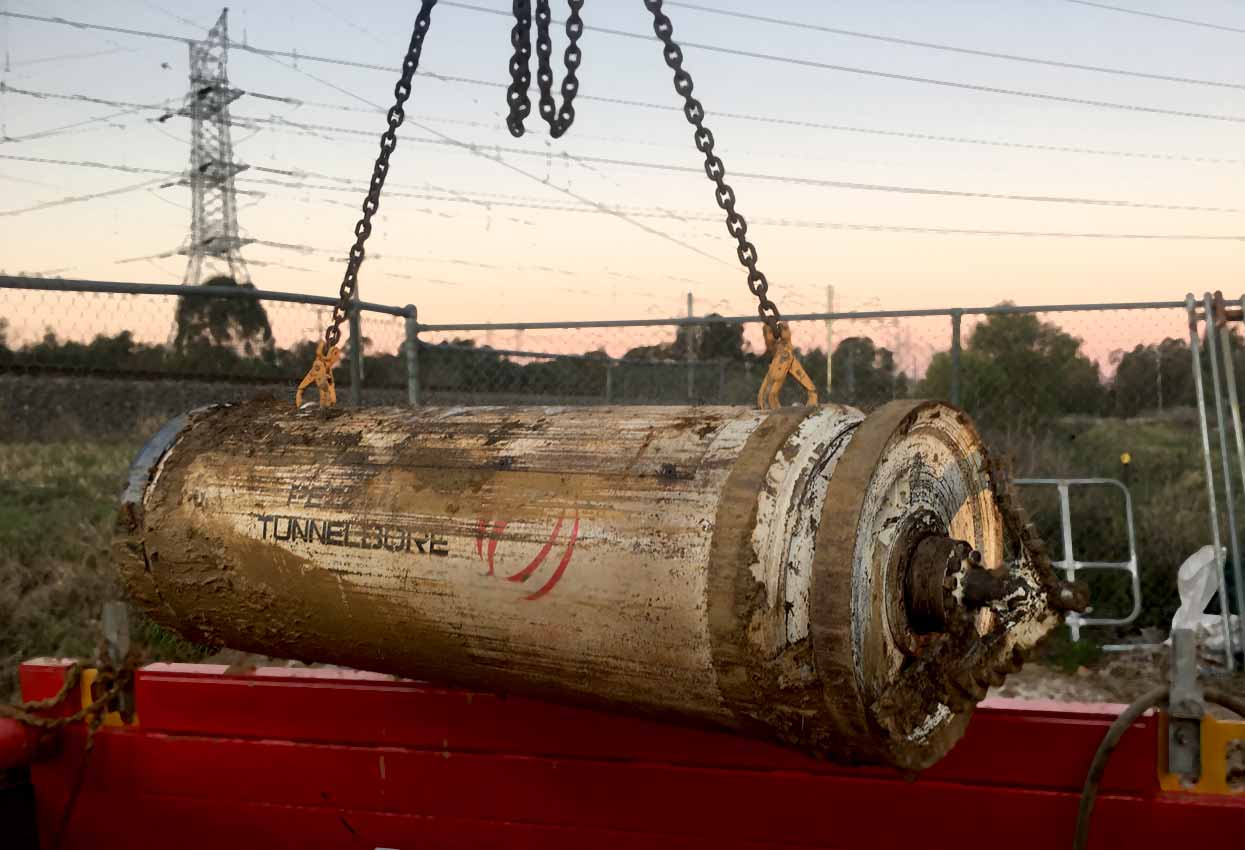 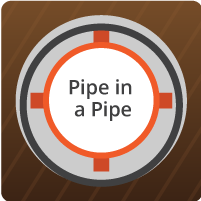 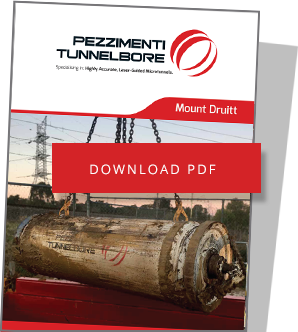